The Shanghai World Financial Center was completed in 2008, and has a height of 1,614 feet with 101 floors. It is located in Shanghai’s skyscraper-laden Pudong district and acts as an international finance and trade center. It is home to hotel rooms, offices, conferences, observation decks and shopping malls. Its tower has a trapezoid aperture towards the peak and has an air controlling feature called Variable Air Volume (VAV), and it is designed with a diagonal frame to mitigate bending and compressive forces from people inside the building, the wind, and heavy equipment on the ground alike. The design of the skyscraper has been very positively received by critics.
10. 9. Tapei 101, Taiwan – 1,667 feet

Like its name would suggest, Tapei 101 has a total of 101 stories. At 1,667 feet tall, it is among the world’s tallest buildings. Taipei 101 made great waves when it was constructed in 2004, as its design was quite revolutionary at the time. It held the title of the world’s tallest building for six years before being surpassed by the Burj Khalifa in Dubai. An example of postmodern architecture, Taipei 101 is well known for its unique green-blue hue. It dominates the skyline of Taipei and is a major tourist attraction, mainly thanks to its observatory at the top.
9. 8. China Zun, China – 1,667 Feet

Standing at 1,776 feet and 104 stories, One World Trade Center is the tallest building not only in New York City, but also in the United States, and the entire Western Hemisphere. Its construction was completed in 2014. Its namesake comes from the North Tower of the original World Trade Center. One World Trade Center was built as a functional building in commemoration of the 9/11 terrorist attacks. The building has been praised for its use of renewable energy, which includes the reuse of rainwater.
5. 5. Lotte World Tower, South Korea – 1,819 Feet

The Lotte World Tower is found in Seoul, South Korea. At 1,819 feet, it is the fifth tallest building in the world. Construction on the building was completed in March of 2016. A total of thirteen years of planning went into the preparation the the Lotte World Tower’s construction, which began in March 2011. The building features 123 floors, six of which are underground. The roof of the Lotte World Tower was constructed with such a strength that it is designed to withstand earthquakes with a magnitude of up to 9 on the Richter scale.
4. 4. Ping An International Finance Centre, China – 1,965 Feet

The Ping An International Finance Centre, in Shenzhen, China, is 1,965 feet tall. It is the fourth tallest building in the world. Construction of the building topped out in 2015 before being finally completed in 2017. The Ping An International Finance Centre features a conference center, hotel, and a number of high-end retail spaces. It is also the home of its namesake, Ping An Insurance. The building uses an impressive total of 33 double decker elevators to access its 115 floors. Originally, the building designs called for the inclusion of an antenna. However, this plan was eventually called off due to concerns of flight interference.
3. 3. Makkah Royal Clock Tower, Saudi Arabia – 1,972 Feet
Also referred to as the Abraj Al-Bait of Mecca, the Makkah Royal Clock Tower in Saudi Arabia is the third tallest building in the world. It stands at a total of 601 meters. The government-owned complex features a hotel with 120 floors, as well as a conference center, an Islamic museum, and a prayer room with a capacity of 10,000 people. Other amenities inside the building include a five story shopping mall and a Lunar Observation Centre, which is used to watch the moon during the Holy Month. The Abraj Al-Bait was constructed by the Saudi Binladin Group, which is the largest construction firm in Saudi Arabia. The clock of the Makkah Royal Clock Tower is the largest clock face in the world.
2. 2. Shanghai Tower, China – 2,073 Feet

The Shanghai Tower is the world’s second tallest building as well as the tallest building in China, with 121 floors and a height of 2,073 feet. The construction of Shanghai Tower began in 2006 and took a total of eight years. This building was designed by Gensler, an American architectural company. Its initial purpose was to to serve as a hotel and office building. Today, the Shanghai Tower has a total of 320 hotel rooms and 1,100 parking spaces. The view from the top of the building offers a stunning view of the area of Shanghai known as Pudong, which has seen a great amount of development over recent times.
1. 1. Burj Khalifa, United Arab Emirates – 2,717 Feet

At 2,717 ft, Dubai’s Burj Khalifa is the tallest building in the world. Primarily constructed from steel and concrete, the building was designed by the same architects who were responsible for other famous super-talls like the Willis Tower in Chicago and One World Trade Center in New York City. The construction of the building, which was completed in 2010, was part of an initiative by the government of the United Arab Emirates to shift the country’s economy from one that is solely oil-based to a more tourism and service based nation. The Burj Khalifa has 30,000 residences spread out over 19 residential towers, an artificial lake, nine hotels, and a shopping mall. 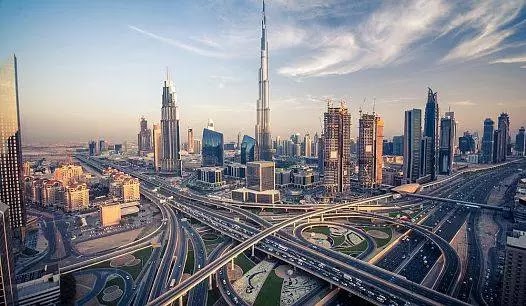 Top Ten Most Educated Tribes In Nigeria [ Must Read

Post Views: 203 With over 370 tribes in Nigeria, it is hard to judge which community has the biggest number of educated people. The government does not count and report such statistics. Still, it is […]

Some Basic But Real Things You Should Know About Nigeria

Post Views: 281 They have made all efforts to stop History as a subject so that critical information will be lost for ever. But before that happens, please consider the following: *ONCE UPON A TIME, […]

History Of Oba Of Benin Kingdom From Prince OROMIYAN

Post Views: 331 For the records, the Oba of Benin is a FIRSTCLASS Traditional Ruler in Edo State, SouthSouth Nigeria, Highly respected. It had been about 14days of ceremonies & activities leading to today’s coronation […]

Prophet TB Joshua is not Dead, his Grace and anointing is available for all who believe -says Nigerian Billionaire Prophet Jeremiah Fufeyin Of MERCY TV

Prophet TB Joshua is not Dead, his Grace and anointing is available for all who believe -says Nigerian Billionaire Prophet Jeremiah Fufeyin Of MERCY TV Fufeyin mourns TB Joshua, says synagogue prophet was a Good […]

Gloria Okafor a Nigerian Actress and a Successful movie producer as we all know glues our screen with Intriguing,interesting, motivational and bringing true life stories to our screen,the producer of the movies,Pages Inbetween,hidden flaws,Not my […]