A 5-year-old boy Rakhim Kurayev who has been dubbed the ‘Chechen Schwarzenegger’, has been gifted a Mercedes Benz by a close lieutenant of Vladimir Putin for doing 4,105 push-ups in 2 hours.

The 5-year-old boy who was given keys to the luxury car as a reward for his 2 hours 25 minutes achievement, is said to be at kindergarten and will be repeating the exercise in a world record attempt.

‘Let your father drive you around on this, you’re worthy of riding a white Mercedes,’ decreed the bearded ruler of oil-rich Chechnya.

Shortly after, Rakhim was spotted posing in the driver’s seat of the Mercedes-Benz C-Class vehicle without license plates. Though it is unclear if taxpayers had paid for the £28,000 vehicle or if it came from Kadyrov’s personal wealth, however it was gathered that the boy had boasted to Putin loyalist Kadyrov that he could do more than 5,000 press-ups at one go.
‘The boy did the impossible,’ said Kadyrov. We agreed to meet at a fitness centre and have a workout together.’

On the car gift, he said:

‘From now on his father will be able to drive the boy to workouts without hiring a taxi.’

It was however gathered that the 4,105 non-stop press-ups, beats the world record but was not registered in Russia because officials were not satisfied with the quality of the video recording of his feat. 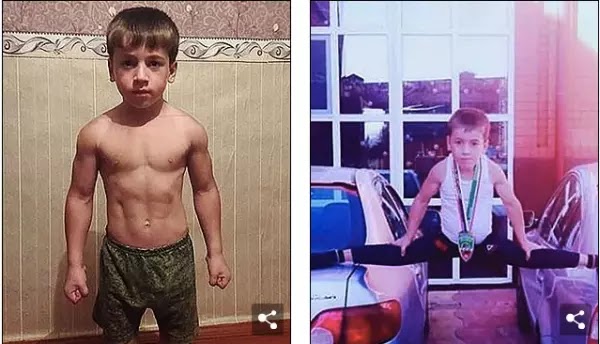 Post Views: 312 A woman was allegedly battered and stabbed by her landlord’s son in Lagos. According to a LIB source who sent in the photos, the lady is the wife of a tenant living […]

Post Views: 277 The Lagos State Government continues to show that it is fully committed to maintaining a safe and healthy environment for its residents and this is made obvious in several of the projects […]

Post Views: 189 Nigeria’s Finance Minister, Kemi Adeosun, has reportedly resigned, DailyTrust reports. It is not clear when she submitted her resignation letter. A source within the presidency who spoke with the national daily, said the […]

His career dates to his early teenage hood although he only managed to release his first single titled Bank, a Hip-Hop track in 2013 which helped to establish his music career. Getting his inspiration from […]