Barely a day after Big Brother housemate, Ike was evicted from the show, his bae, Mercy and her friend, Diane opened up on some surprising details. While the last six housemates were in the garden gisting about their time in the house and ex-housemates, Diane and Mercy opened up on how they were attracted to Gedoni on their first week in the house. You will recall that Mercy had been an item with him and he never hid the fact that he wanted him. Unfortunately, she stayed away from him and edged closer to Ike, a move that many argue is the best.

Big Brother Naija@BBNaija
Confession Time: Diane and Mercy were attracted to Gedoni on their first week in the #BBNaija House. 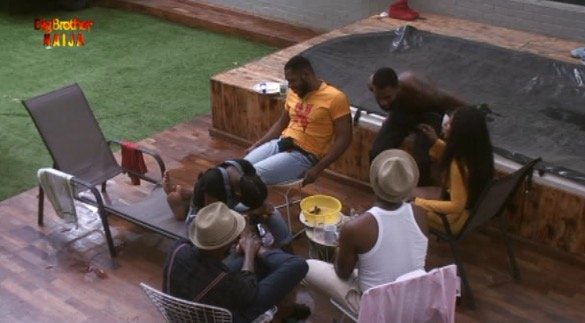 274 people are talking about this
Seyi had asked her to pick two guys she likes in the house to which she replied, “You know I’m not single!” before she and Diane opted for Gedoni, stating that they were attracted to him from their first week in the house.

Post Views: 385 Nigeria producer and afrobeat singer-songwriter, Rythm(saymyname) turned  another year older on 5th and marked it with a hit jamz  titled “TGIF”. He surprises us on this song TGIF Download and enjoy. DOWNLOAD MP3 Rythm […]